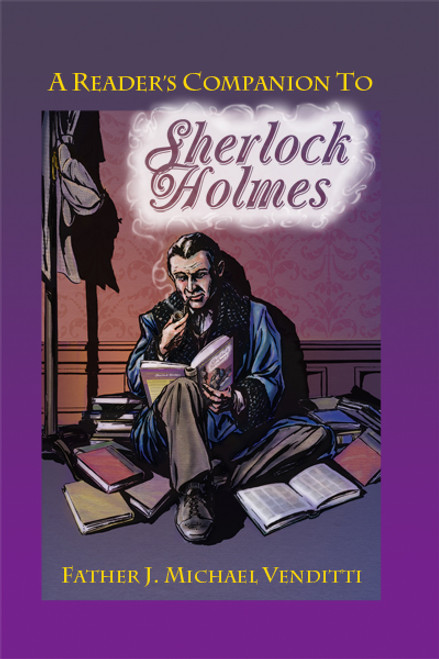 A Readers Companion to Sherlock Holmes

Sir Arthur Conan Doyle wrote in his memoirs, It is a great mistake to start putting out cargo when you have hardly stowed any on board, explaining why he didnt become an author until relatively late in life. Father J. Michael Venditti has Sherlock Holmes cargo in abundance and his A Readers Companion to Sherlock Holmes offers fans a friendly and intriguing perspective into the classic stories. Venditti hopes to encourage new readers to crack open the tales of the Sleuth of Baker Street, while offering fresh insight for those already familiar with the cases.

This is not a book of literary criticism of the Holmes tales instead Venditti dispels myths and misconceptions about the works, as well as offers insight into the man who created them. Part biography and part history, Vendittis book frames the Holmes canon as only an avid fan can do. This Companion will send the reader straight to the pages of the Holmes tales with historical context to bring them to vivid life.

Father Venditti began his career moderating AOLs Catholic Channel forums and chat rooms, working to build an online ministry. He received his certification in Clinical Pastoral Studies at Robert Wood Johnson University Hospital in New Brunswick, New Jersey in 1996. He went on to serve as chaplain and member of the ethics board at Raritan Bay Medical Center in Perth Amboy, New Jersey.

Father Venditti served several New Jersey communities for decades, posting his homilies online to increase their accessibility to a wider community. He currently serves as chaplain of the National Shrine of Our Lady Fatima in Washington, New Jersey a place of pilgrimage and prayer within the diocese, operated by the World Apostolate of Fatima, USA. He continues to post his homilies online at FatherVenditti.com

We Are Saved by Grace, Through Faith: Nothing but the Blood