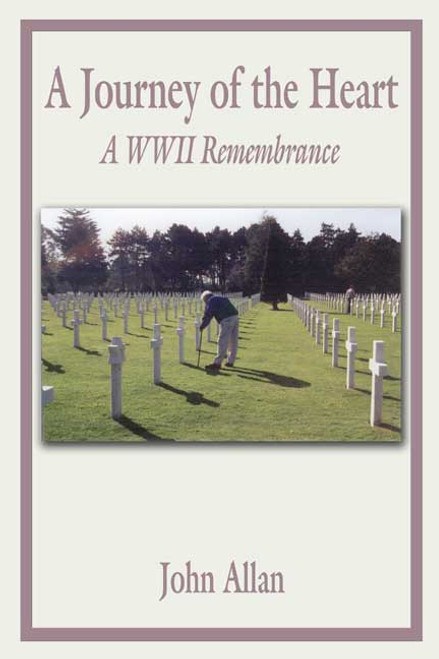 by John Allan Did you or someone you know experience World War II as a soldier or a civilian? The poetry of A Journey of the Heart by John Allan takes us to the places where World War II has left scars. These scars are sometimes physical, in the form of foreign graves or now abandoned airfields, and sometimes emotional, found on the lips and in the hearts of those who lost friends and loved ones in combat. The poignant and lasting images created by Allans words leave the imagination to ponder the fear, pain, guilt, and horrors felt by the young men who flew planes and took the beaches in order to defend the freedom we so often take for granted. Join John Allan on A Journey of the Heart that honors veterans and casualties of World War II. ABOUT THE AUTHOR John Allan is a self-employed engineering consultant who currently lives in Prescott, Arizona. He received his bachelors degree in mechanical engineering from Drexel University in Philadelphia, Pennsylvania, and he has taught at Drexel University and the University of Pennsylvania. John has a daughter, Terri, and two granddaughters, Kate and Rebecca. In addition to writing, John enjoys flying planes, painting, creating model aircraft, and raising horses. In 1999, John Allan and his wife, Donna, took a Military Heritage Tour to World War II sites in England and France. The poems of A Journey of the Heart were written as a journal of his experiences while on tour. (2006, paperback, 56 pages)
×