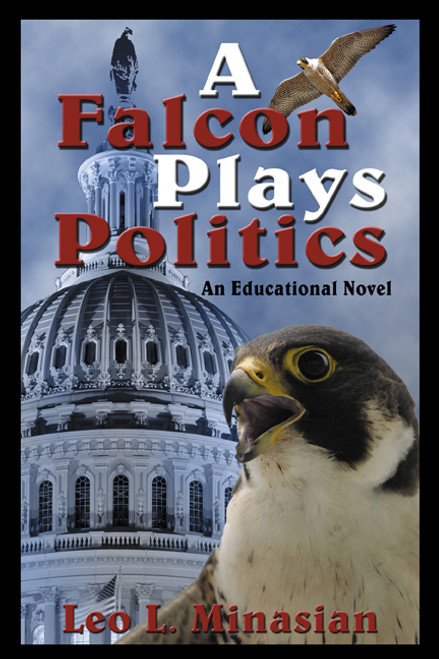 by Leo L. Minasian Jack JadePigeonhole Jack, as he likes to be calledis President of the United States, but he has a secret. Perrie, an ancient peregrine falcon possessing supernatural powers, knows his secret and goes on a modern journey inside Washington, D.C., to expose Jack. The mysterious envelope that contains Jacks secret suddenly ends up in Perries possession, and Perrie is determined to wait until the right moment to expose Jacks secret. A Falcon Plays Politics: An Educational Novel is a refreshing read for readers that incorporates a foundation in government and politics while serving a delightful tale about a falcon whose dedication to equal justice under law proves to be beneficial to all mankind. ABOUT THE AUTHOR Leo L. Minasian has a bachelor of science degree from Northeastern University, Boston, Massachusetts, and worked for private industry and the federal government for over fifty years. He is a World War II Army veteran who was awarded the Bronze Star Medal for heroic achievement at the Battle of the Bulge. This is his first novel, which he wrote at age eighty-five. (2008, paperback, 32 pages)
×

A Family of Choice