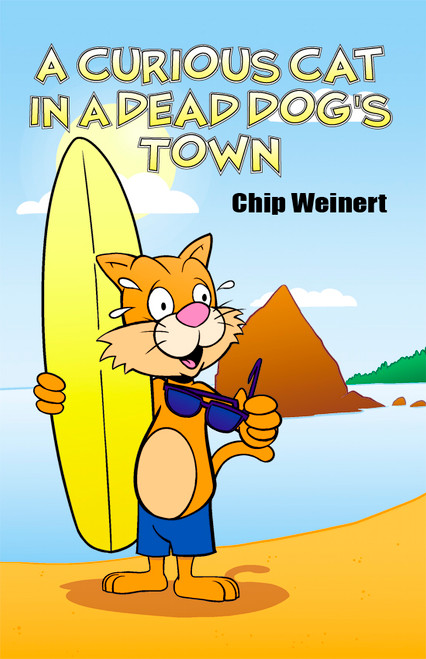 A Curious Cat in a Dead Dog’s Town

Private eye Mathew “Duke” Hazzard is a feline who’d rather sleep and surf than do anything resembling work. But when Ralph Bravo, the magnate and mastermind behind the Doggie Crunchies Empire, is found all four paws up—dead—only one cat in town has the wits to connect the dots and discover the killer. Think of it as Philip Marlowe meets Fritz the Cat.

Set in the twin towns of CatsCamp and Dogstown that straddle the Beaver Butt River just as it meets the ocean, this tongue-in-cheek murder mystery takes you in and out of the surf zone and local taverns before culminating in a high-speed chase down the rugged Left Coast. In the meantime, Duke gets his share of scrapes—as any tomcat does—with his best friend Trapper, a big black lab born to surf; the gorgeous Gloria, dead Ralph’s young widow; Police Captain Ursalik, a big old grizzly counting his days till retirement; and the criminal de Katz brothers, a couple of ferocious felines who may just be mixed up in murder.

Chip Weinert is a former magazine and newspaper writer, editor, and associate publisher. He was a professional windsurfer for twenty years. He now lives (and surfs and windsurfs) on Oregon’s Rogue Coast with his wife, his furry four-footed children, and an out-of-control garden. Stay tuned for the next book in this series, A Curious Cat Wags a Fishy Tale, coming soon.

A Complete Guide to Dating, Mating, and Relating - eBook