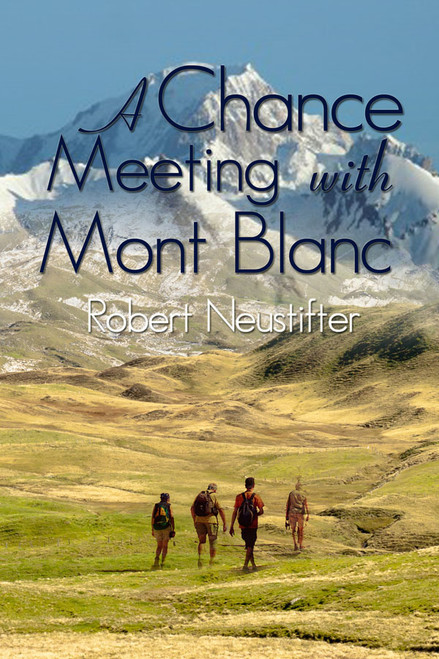 A Chance Meeting with Mont Blanc
by Robert Neustifter

Fresh off a failed relationship, Ronald is leaving Portland for a hiking trip to Mont Blanc. On the other side of the country, in Orlando, a woman named Deanne is busy making her own preparations for a trip to exactly the same place.

Ronald and Deanne would find themselves among men and women meeting for the first time in France as members of a group trip. Talking to Deanne from the initial stages of the trip, Ronald finds himself intrigued and fascinated by Deannes extraordinary zeal for life.

The trip acquires a new dimension then, for Ronald, who has hardly been out of his own country his entire life. There is, on the one hand, the spectacular challenge of Mont Blanc, and on the other hand, the interesting woman who is starting to captivate him.

Would Mont Blanc then be more than what it is for the two who were mere strangers days ago?

Born in 1957, in Oshkosh, Wisconsin, Robert Neustifters life experienced an un-expected twist during his first time traveling abroad. He currently works as a Physical Therapist Assistant for a Green Bay health care system, in their Occupational Health division. He also holds degrees in Fire Science Technology and General Studies.

Robert has been interested in bicycling for many years and worked in the cycling world while living in Portland. He was urged, by a certain someone, to become re-involved with motorcycles. He still tries to keep in good enough condition for some recreational bicycling, or, perhaps, a hiking trip.